You awake in an old lodge, in the centre of a housing estate beside the sea, with no memories of the estate or how you got there.  Nothing about this place seems right, like a world viewed via an angled mirror.

In this solo table-top RPG you will explore the Winsome Heartwood estate using a single D6 and a standard 52 card deck - searching through its buildings, mapping its roads and recording the experiences you have.

Included is the game - in normal, low-ink and text only or formats - along with 60 minutes of ambient, abstract noise to accompany your play.

I never played a map-making game before until this game. My friend and I played this separately and then shared notes about the town we were uncovering. I also played it along with the audio soundtrack and it made for some really eerie atmosphere!

I read the threads below and I like that the diamonds don't get reshuffled in. It's a reminder that resources are not infinite, which adds to the atmosphere.

Reply
The Spinel219 days ago

Thanks for the feedback, really glad you enjoyed it!

What is the purpose of removing dimonds as you draw them? There isn't a deck reshuffle mechanic.

Reply
The Spinel1 year ago (1 edit)

You're right; there was a mechanic about reshuffling the deck in an earlier version and while I left the rule about removing diamonds in as I like the symbolism of it - feeling that, like the face cards, removing them highlights their 'importance' - it isn't necessary.

You've given me something to mull on though, so thanks for that!

[edit] I tried to put some more of my thoughts on the matter down in words here.

Well, I bounced off this game. I think the game core is solid, but there were numerous things that turned me off, now that I reflect on it. The diamonds thing was the tip of the iceberg.

I really did want to like the game, and I tried to explain why the rule gap threw me off the game, and I only bother to engage like this when I think a game could eventually shine for me. But I think I will leave things here, because it sounds like any critiques I have wouldn't be useful to you, and that's good to know.

I like a lot of games, and usually am able to adapt things on my own even with loose rules or rules that don't fit what I want to do, so I think it isn't a lack of ability on my part to improvise.

Sometimes we just bounce off games, and there really isn't anything else to it. I won't leave a review, it would really not be fair. I think this game will find a good audience in the end. 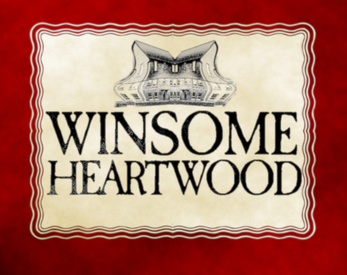